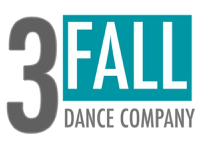 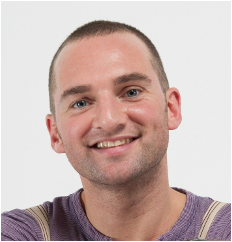 As a performer, Stuart has toured nationally and internationally for companies such as Interplay Theatre Company, Attik Dance, Motionhouse Dance Theatre, Barebones, Wired Aerial Theatre, Made by Katie Green and Panta Rei Dance Theatre (Oslo). Through this Stuart has collaborated with a variety of directors including Mike Ashcroft (RSC), Henri Oguike, Helen Blackburn, (Montreal) and David Massingham, among others.

Stuart joined Protein in 2009 for the creation and tours of LOL (lots of love) in 2011 and 2012. He was also part of Protein's Crossroads project in 2011 andReal Life Real Dance programme in 2012, and is currently a member of the cast ofBorder Tales 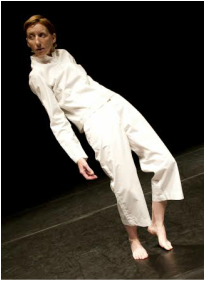 After graduating with a BA (Hons) in Dance Theatre from Laban, Detta continued to study for the Advanced Performance Diploma, receiving a Special Mention for Excellence in Performance. Detta has since been based in Hampshire for 20 years as an independent dance artist, choreographer, performer and teacher. Detta is a full time Senior Lecturer at the University of Chichester where she is teaching on both the BA and MA programmes and directing mapdance, the University’s postgraduate performance company.

In summer 2012 Detta had a solo created on her by Deborah Hay as part of Hay’s final UK Solo Commissioning Dance Project which supported the beginnings of her MA research, alongside working with the Feldenkrais method.

Detta recently achieved a distinction in her Masters which explored working with improvisation and awareness in motion, challenging her current working processes and curiosity about the dancing body. She is continuing her research pathway as a solo movement artist as well as working with colleague and independent artist Cai Tomos. They are investigating their embodied understanding of presence in performance and deepening their enquiry into the immediacy of expression through joint improvisational practices. Detta is currently in the third year of Feldenkrais training, the philosophy of which has informed the development of her understanding of awareness, efficiency and presence in performance.
See interview with detta Howe

Ceyda Tanc grew up in Brighton and began dancing at a young age. She trained at Roehampton University, graduating with a BA (Hons) in Dance Studies. After graduating, Ceyda was invited to spend four months at The State Turkish Conservatoire for Music and Dance in Izmir, Turkey. She trained in traditional Turkish folk dance including Zeybek and Denizli, the dance styles of her heritage.
Upon returning to the UK in 2012, Ceyda founded Ceyda Tanc Dance. The company focuses on creating cutting edge and dynamic contemporary dance works, with influence of traditional Turkish folk dance. The company have performed at various theatres and events in the UK. These include The Arts Theatre West End, Michaelis Theatre, The Corn Exchange Brighton, The Bernie Grant Arts Centre plus many more.
Ceyda has created two full works on the company, ‘Kartal’ and ‘Volta’, which have both been toured nationally. Ceyda also created a work, ‘On The Left Side’, in collaboration with a composer from the Royal Academy of Music.
Information taken from Ceyda Tanc Dance. Please visit for more information...
ceyda tanc dance
Powered by